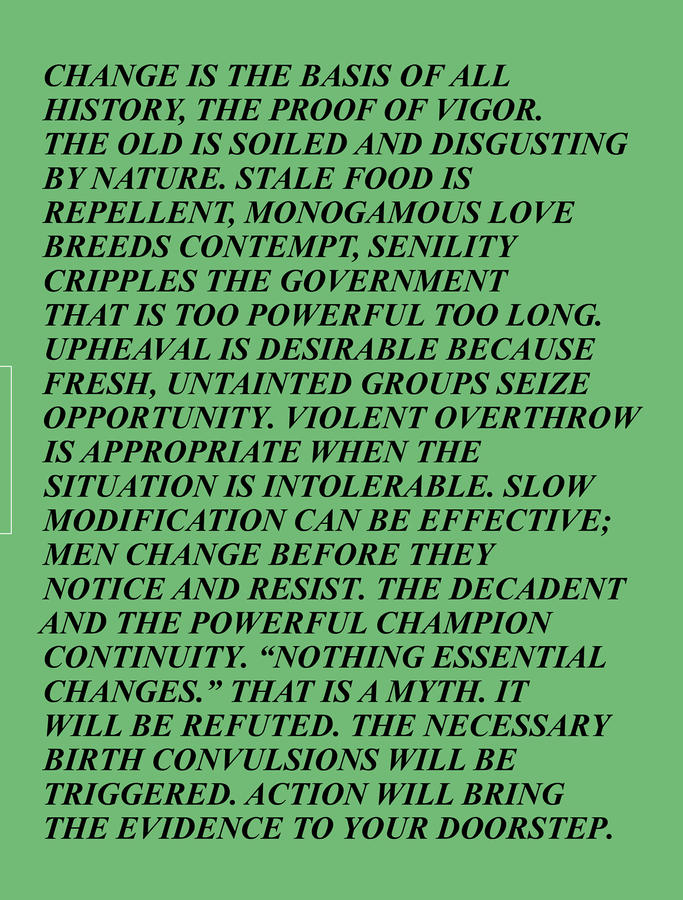 Nell Painter urges Western cultural institutions to return plundered art, which “demands a recognition of peer institutions led by people of color in formerly colonized nations—a learning exercise that may come as hard as the querying of canonical works.”

Laurie Anne Brewer lays out what we know—and perhaps will never know—about the intersection of Indigenous and settler-colonizer cultures in a pair of Innu-style moccasins “made by Scotch family named Campbell.”

Anita N. Bateman analyzes how Ronnie Goodman’s “ability to cultivate an ecosystem of resistance contributes to his exceptional interrelation of form,” with Goodman himself elaborating on the genesis of his Birth of Occupy print.

Pamela A. Parmal and Bethany Johns consider an unfinished early 19th-century sampler. Johns asks: “Can we imagine not finishing as an act of resistance, a reversal of the expectation of feminine perfection? Did this maker run out of interest, ability, time, patience, or life itself?”

Kevin McBride suggests that a ca. 1700 portrait may depict the Mashantucket Pequot sachem Robin Cassacinamon, while Lorén M. Spears explains, “For more than four hundred years the portrait has been identified as Ninigret, and to the Narragansett people it will remain as such.”

Walker Mettling’s Tracings poster insert follows his research on a printed textile to the Igorot people of the Philippines and the human zoos presented for entertainment at the 1904 St. Louis world’s fair.

Jessica Rosner records visiting the RISD Museum in 10.12.18 (Friday afternoon): “It is almost closing time. The guards are happy but not me. . . . There is so much I want to write, to explain. Now it is dark. I have to go to the grocery store. I can imagine Ree Morton saying that very thing.”

In As Far As We Can Go, Nick White recasts the figures in an untitled John Singer Sargent sketch. “‘I saw the woman get sawed in half in Tunica, at one of the casinos, with him.’ ‘I know. . . . I was there. I just forgot that you were there too.’”

Researching an abolitionist textile, Elon Cook Lee unravels narratives of violence and activism, weaving “a tale of a painter, a poet, and an insatiable printmaker. But that’s not all.”

“When and why did this lovingly executed drawing cease to be considered precious or valuable?” Jamie Gabbarelli considers Saint George, Antonio Tempesta, and the ravages of time.

Allison Pappas ponders the Peter J. Cohen Collection of vernacular photographs, asking “What stories are restored when snapshots become part of museum collections? What stories are lost with the anonymity of the photographers and subjects to whom they once belonged?”