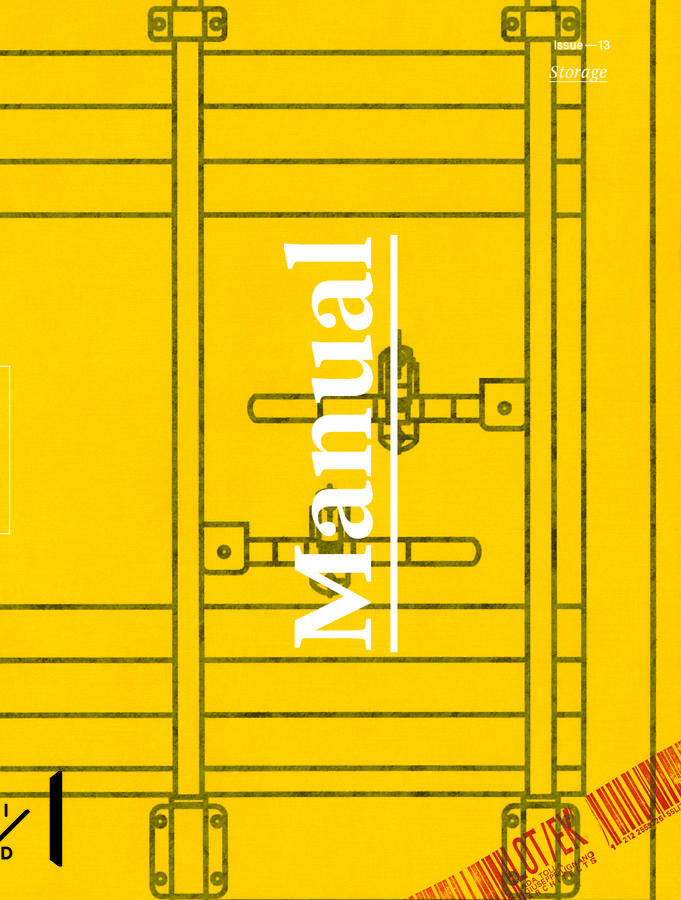 Museums usually make choices for viewers, their curators presenting what they think most important within a category. They can be so good at doing this that visitors sometimes don’t realize there’s anything else to see: they don’t realize the nature of the decisions behind an exhibition, and they accept that the elites have made a judgment about which shoe is the shoe to see. Visitors can learn about what’s great, but they don’t necessarily consider the process of discernment.

The RISD Museum’s thirteenth issue of Manual unpacks the idea and reality of storage—objects museums don’t put on view, works made as containers of various sorts, and more metaphorical considerations about how meanings and narratives are stored. This issue serves as a companion to the Raid the Icebox Now series of exhibitions on view at the RISD Museum through November 2020, in which nine contemporary artists and design collectives use the museum and its collections as a site for critical creative production and presentation. Raid the Icebox Now marks the 50th anniversary of Raid the Icebox 1 with Andy Warhol, held in 1970 at the RISD Museum.

Manual 13 opens with an introduction by Fred Wilson, who confides, “You can look at all the opulence on display in a museum and begin to understand that something nefarious might be behind it. Storage, for me, is where the action is.”

Tanya Sheehan digs out documents on A Century of Black Photographers, 1840–1960, the 1983 traveling exhibition that insisted “it was high time for canonical histories to include black image makers.”

Hannah Carlson and Claire McCardell recount the significance and charm of McCardell’s “Popover”—“a dress that can cook a dinner and then come out and meet the guests.”

Holly Shaffer and Sassan Tabatabai translate the various narratives stored in an Indian miniature painting and the Persian couplets that accompany it.

Mimi Smith revisits her Maternity Dress, which sports a plastic dome “that can be removed periodically to let the baby breathe.”

Draws out works from across the collection, from the museum’s busiest galleries to its deepest recesses of storage.

Maria Morris Hambourg ties together the histories in a Eugène Atget photograph of corsets, an image that exemplified the Surrealists’ belief that “certain pockets of the real could possess bizarre, supernatural potency.”

John Dunnigan opens the lid on the King Arthur chest, and “how objects can store profound ideas like love and fidelity, individual and group identities, and opinions on how people might live in different cultures of production.”

Ingrid Schaffner lifts the curtain on Joseph Cornell’s mysterious Sand Fountain, “at once an object of storage and display.”

Denise Murrell centers Laure, Manet’s black model, in a figuring of the “social, political, and economic modernity” of 1860s Paris on view in Children in Tuileries Gardens.

Allan Wexler sells us on a vending-machine alternative to storage with RISD Mechanical Museum, a proposal from 1971.