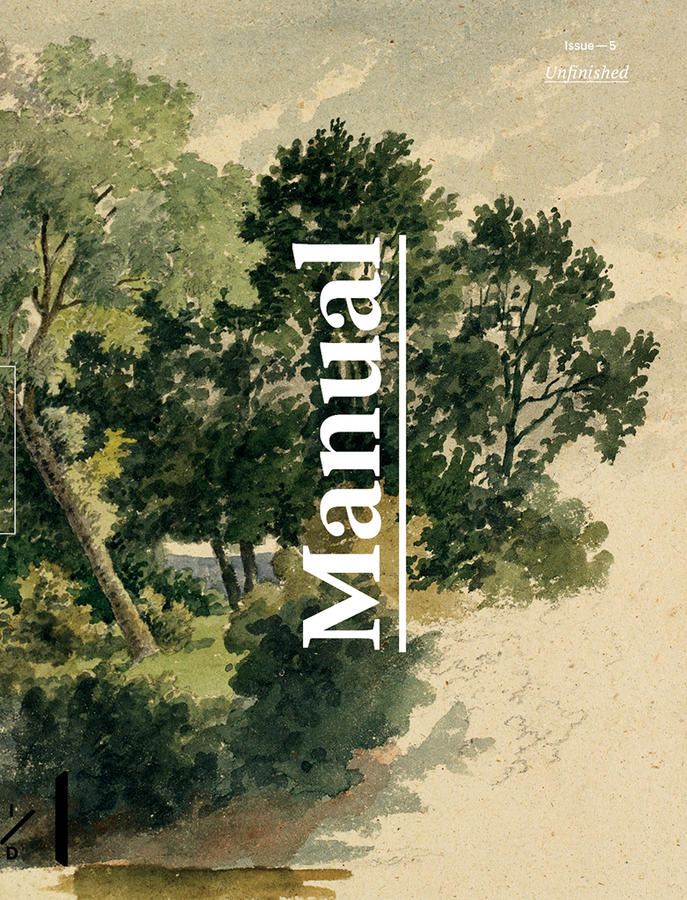 Loose threads unknotted. Ideas unrealized. Outlines left bare. Function unperformed. Patterns uncut. Luster removed with time and wear. We rarely examine unfinished things. The unfinished is easily overlooked in favor of the fully rendered and complete, but consider those sketchy lines, those fraying ends: the unfinished has potency. The unfinished offers evidence of process, reveals traces of technique, trembles with latent possibility. The essays, images, and projects presented in the fifth issue of Manual attend to the fluid potential of objects that are in some way incomplete.

The jotted down and in-process, the left off and worn out