I’ve been halving many things recently: the last sheet of toilet paper for wiping ass; every color of my color pencils for a friend who likes to color things; watermelon; my bed with a roommate in order to halve the rent. 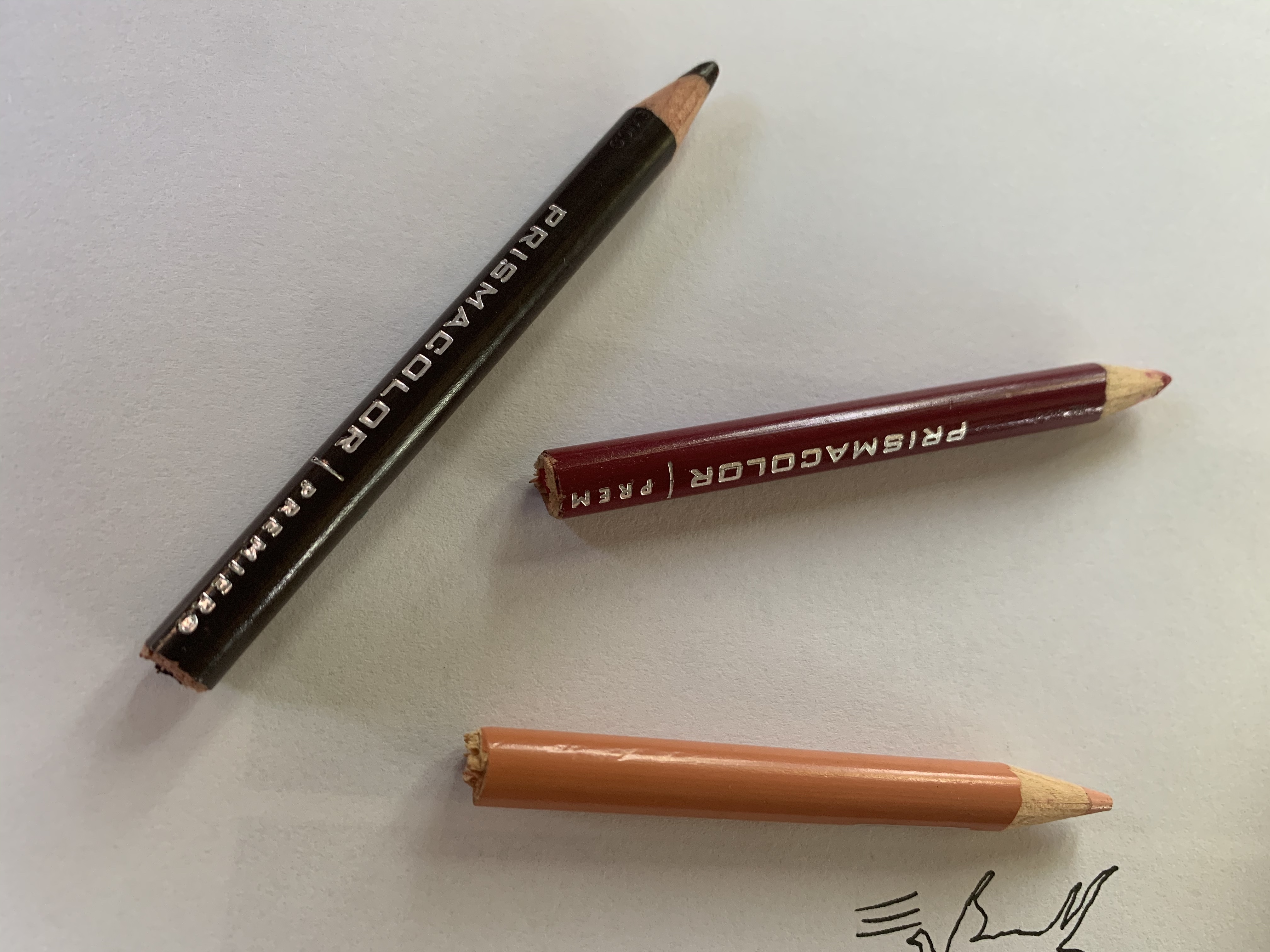 Halving is a convenient attitude to adopt to signal mutuality. The lines left behind by gestures like tearing toilet paper or breaking color pencils might look jiggly and cute. However harmless those shortened pencils look, if I run your finger across one of their cross-sections, you’d be scratched by the splinters. To me, this texture of halved color pencils is a sign that points to the quality, or personality, of such halving lines of pencils and toilet paper. After my snapping or tearing, pencils and toilet paper take their definite form entirely by themselves, thoughtless of me or the person I’m sharing them with, leaving us with a rigid line of certainty, permanency, and irreversibility. I’ll call such lines relentless. 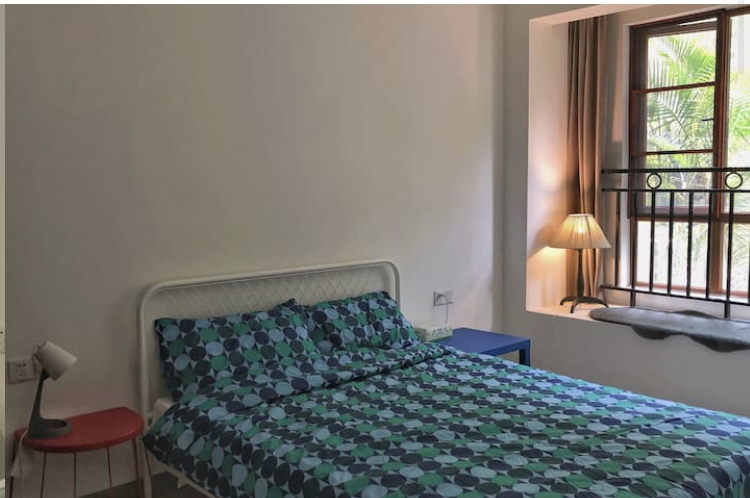 The bed’s image from airbnb

While rent and money are always relentless, my favorite “halving” from the listed few is still halving the bed with a roommate. This halving is soft. The line is negotiated every night based on how we feel at the moment. One that constantly changes in respect to the changes in our relationship, a line softened as we started developing affection for each other, and eventually erased.

Those are some halving lines from the past. I’m drawing a line here to mark the ending of their discussion and I’ll continue to talk about some present lines.

I’ve been saying that I’m slicing half of my studio for Temporary Park, a community space that provides free creative resources for students from rural migrant families in Shanghai. “Slice” is a deceiving word. The sound of it is a gentle whisper, almost a sensuous breeze(you can test this by imagining yourself not knowing the meaning of the word “slice” and other words that rhyme with it, like lice and mice, then feeling someone voicing “slice” into your left ear). While the intention of it is always to separate––the actual act is simply a directional variation of chopping. 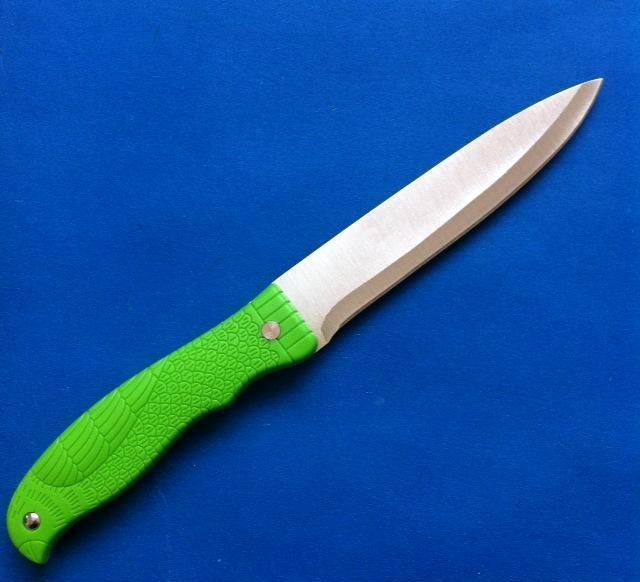 Like tearing toilet paper or snapping color pencils, slicing also leaves no leeway; there’s no going back to integrity. Think of halving a watermelon with a fruit knife. Maybe I say “slicing off half of my studio” as a way to declare that I’m the one holding the knife that will define the boundary between migrant students’ and my space. Maybe I say “slicing” for that a knife reassures me with the act of governing, and, for that I’ve made the metaphor between the space division and cutting a watermelon. Now the knife must be a stainless steel one, pointing to repulsion(to rust) and sterility. A sliced line with a stainless steel knife will not be a welcoming line.

It could be a pure coincidence, or a prophecy, that I started writing down ways to draw a line across a room in a document called Making Fair Lines. almost exactly a year ago. Here are some of my fair lines:

I make a concrete channel the width of my pinky.  Water is filled to the very top, it would brim over if a very small tiny spider falls into it.

I hold a medium size pear in my hand and a small knife on the other. I peel the pear with the small knife as thin and continuous as possible. I let the strip of skin free fall onto the ground. It ends when the pear runs out of skin. 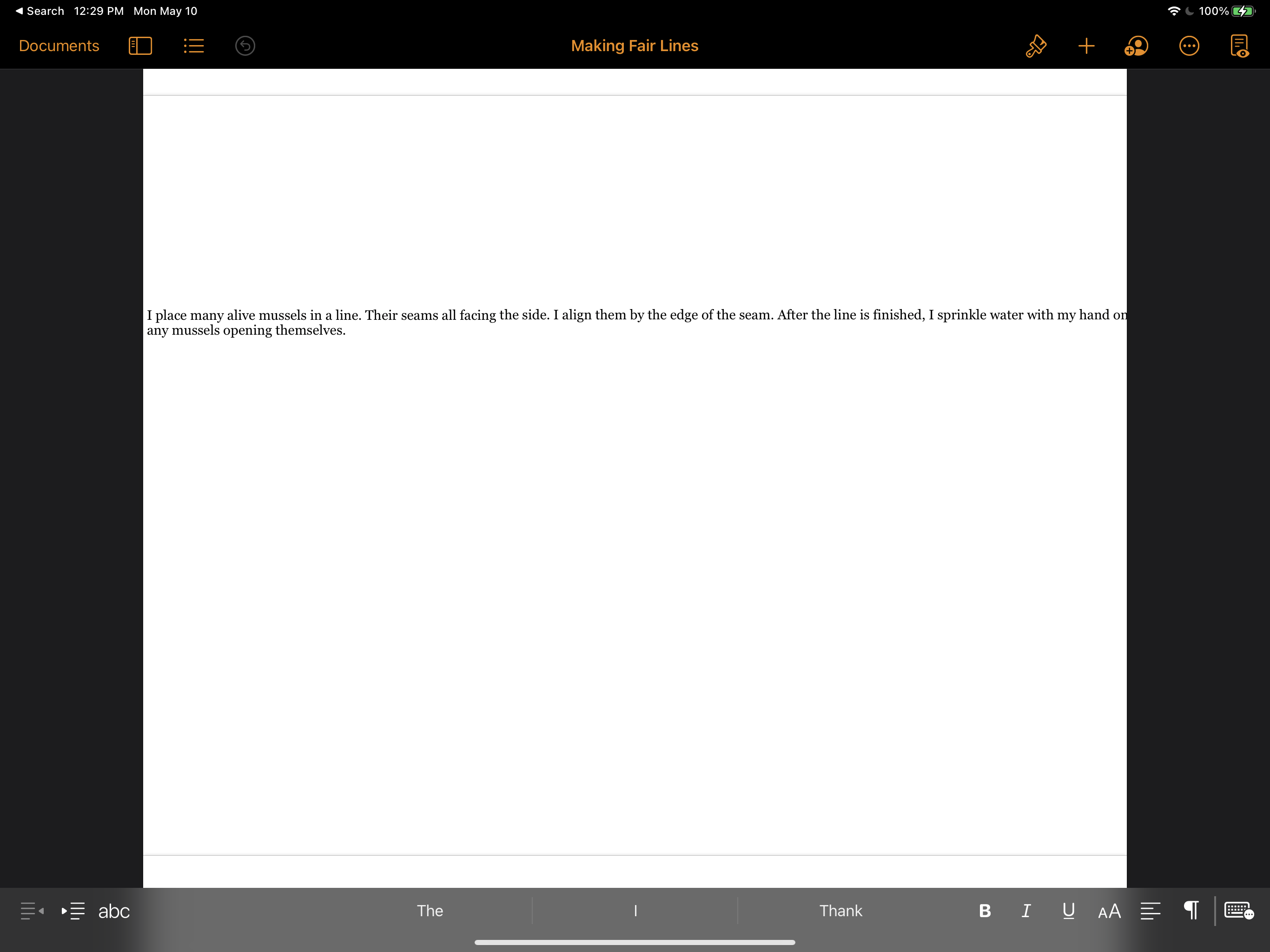 Screenshot of a page of Making Fair Lines: "I place many alive mussels in a line. Their seams all facing the side. I align them by the edge of the seam. After the line is finished, I sprinkle water with my hand on any mussels opening themselves."

I call them fair lines because they are similar to the line on the bed that I shared with my roommateLines that are alive and breathe, that expand and shrink like a river whose tide recedes and rises to seasons and rain. This way, those lines acknowledge that everything at the two sides is too fluid and dynamic, that they are things and people that are alive and living (It’s better that they are not overly active too. If they are lines made of something like eels or the swinging tails of golden retrievers, I would be overwhelmed). They are fair lines because none of them is wider, or more dangerous than my pinky, thus can be easily crossed, not even needing a boat. 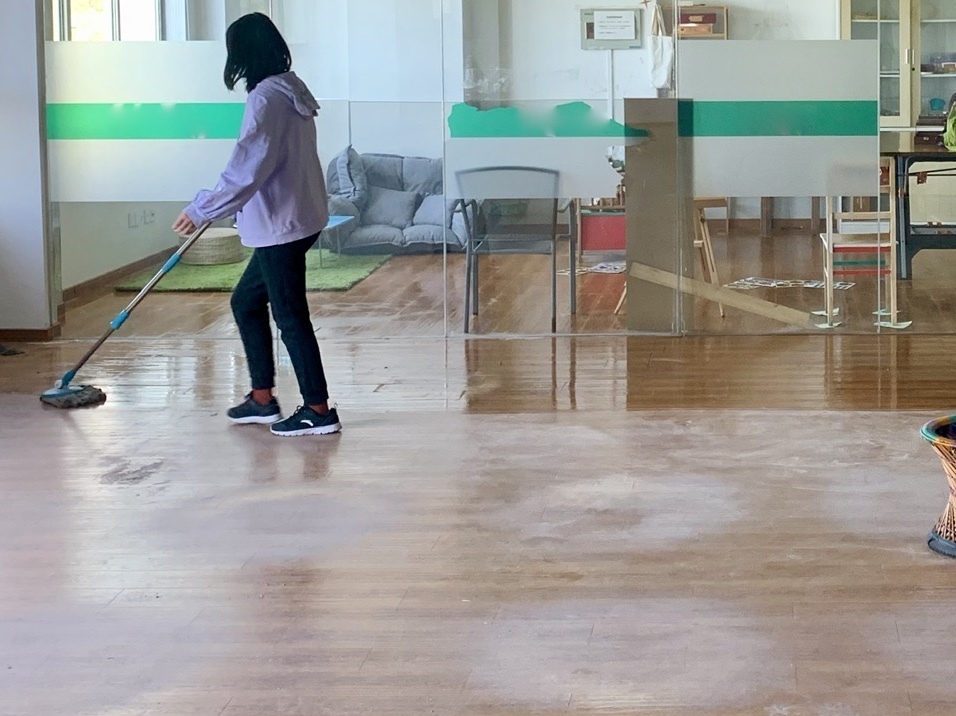 When we were cleaning Temporary Park, a student named Qingqing mopped the floor from one end of the room to another with a very wet mop, leaving a line of water that divided the room. The sun was just in the room, so the water was glistening like it’s sweating before evaporating back into the sun. This will make a great line if it doesn't need to be redrawn every ten minutes.

Shanghai has many bounded neighborhoods. There is almost no street without a lovely line of fences. As a natural consequence of this, I thought of using fences to draw the line for Temporary park.

Setting my own “fencination” aside, fences are not innocent objects. With their interspaces that are only marginally smaller for being enough for one to pass through, they seduce you into believing that they offer the possibility of passage, of permeability. They have a deceptive appearance of being symmetrical: equal to both side: but, if you think about those beautifully designed fences of bounded wealthy neighborhoods, of private schools and ticketed parks, they almost exist only to maintain one-directional permeability from the inside to outside, threatening those wanting to travel in with their sharp tips. 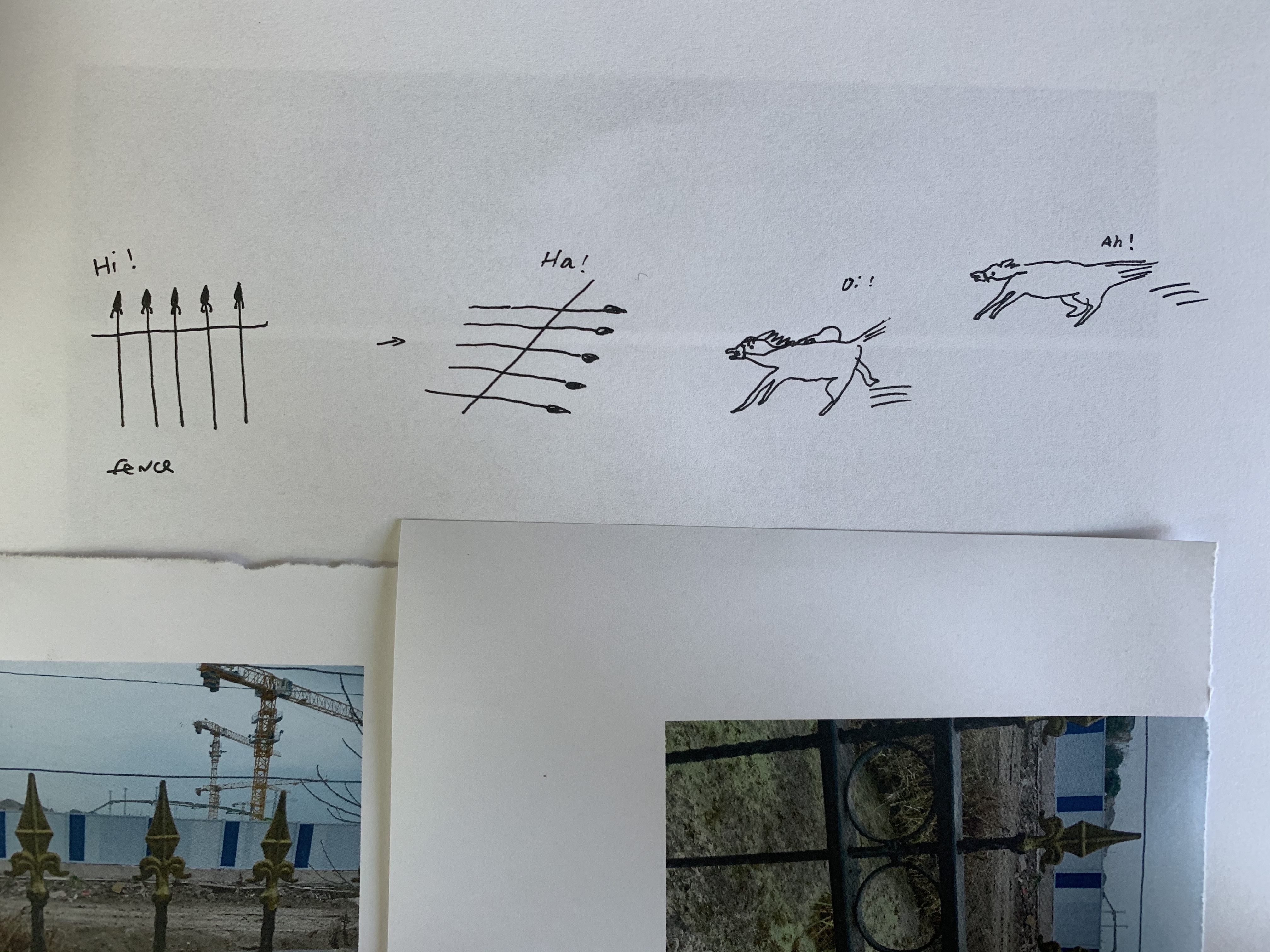 If we bring those fences down horizontally, they are exactly like the Cheval de frise, the defensive obstacles that you would see in old war movies, constructed of long and sharpened spears made of log, that are used to stop horses from passing through.

A regular fence would not make a fair line. They slice a space up with their knife-like edges. But what if I soften it by making it with just paper? 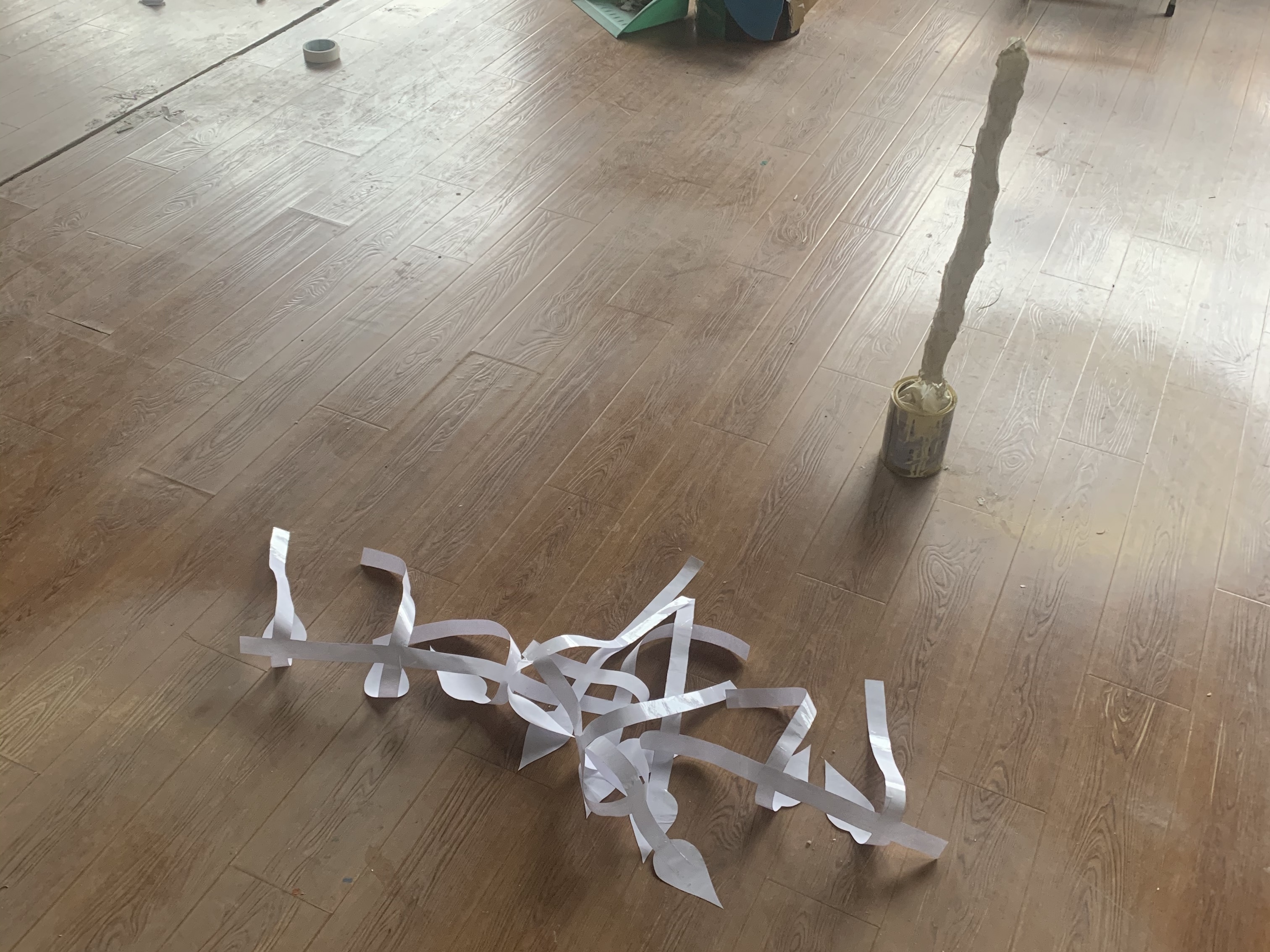 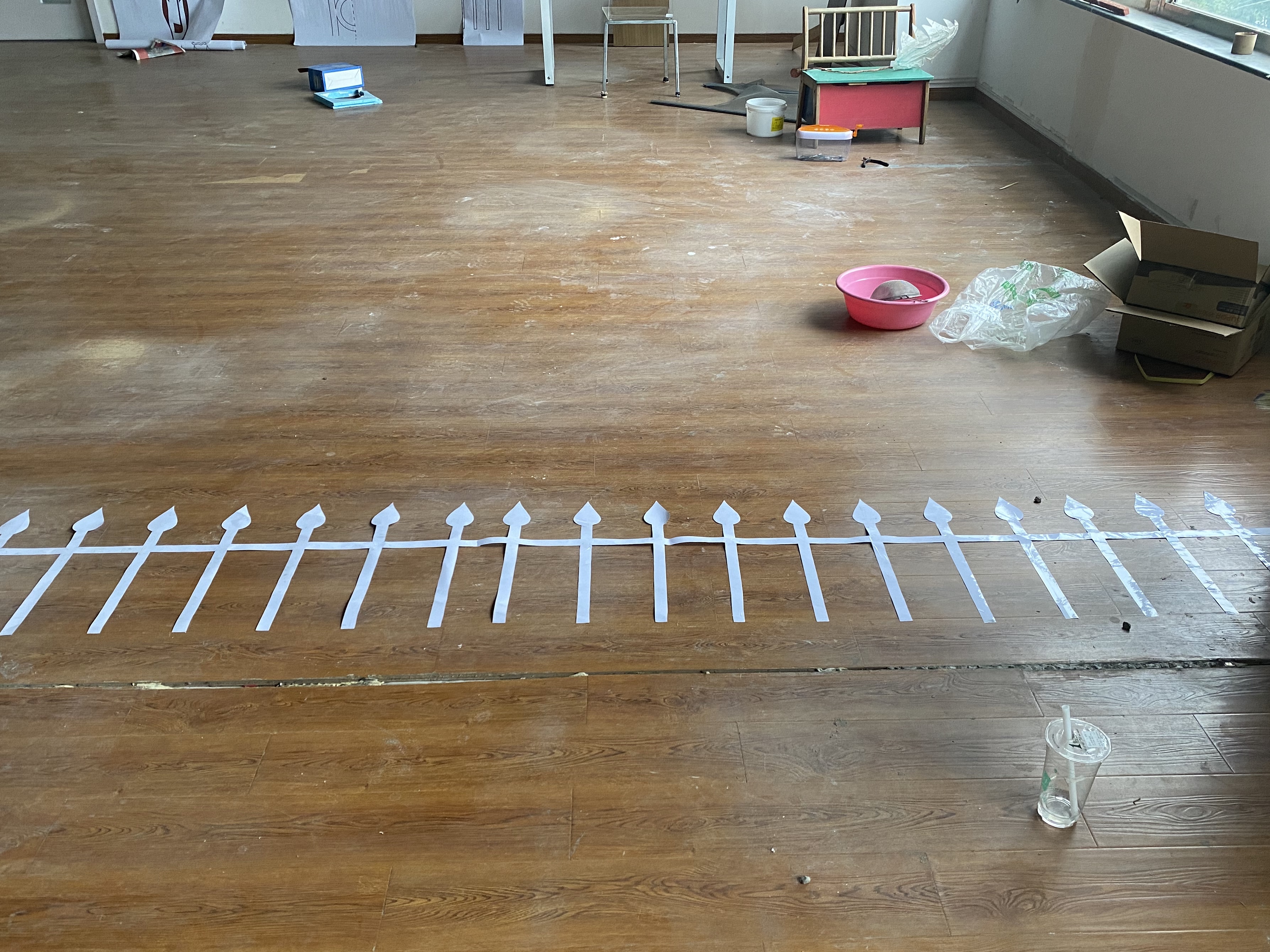 Soft fence unrolled. I laminated them with scotch tape, so they glisten under the sun like the water line mopped by the student

A fence that is light thus could be easily moved around, even rolled up and set aside, broken with just four fingers.

When brought down, horizontally lying on the ground, it looks like a stitching line, and the pointy tips become arrows—— an invitation to go to the other side.

The RISD Museum Guild is a group of undergraduate students from local colleges and universities who work toward representation, inclusion, and advocacy for student voices in the museum space. We typically plan and facilitate public programs that allow artists from local colleges to share their processes. During the pandemic, the RISD Museum Guild has had to adjust our modes of working collaboratively. Like you, we squished our faces into a shifting mosaic of Zoom rectangles, with members calling in from Providence, New Orleans, New Delhi, London, and more. Unravel: An Anti-Exhibition has grown out of this shared virtual space.