“Translated Architecture” is a unique psychological implication space that is translated from the spatiality camera language.  Its significance lies in the ability to better approach and understand the psychological condition brought by the living environment. To better understand what the camera language could lead us to, this thesis chooses to take phobias as an entry point to analyze the subtle changes in human psychology under different camera views. 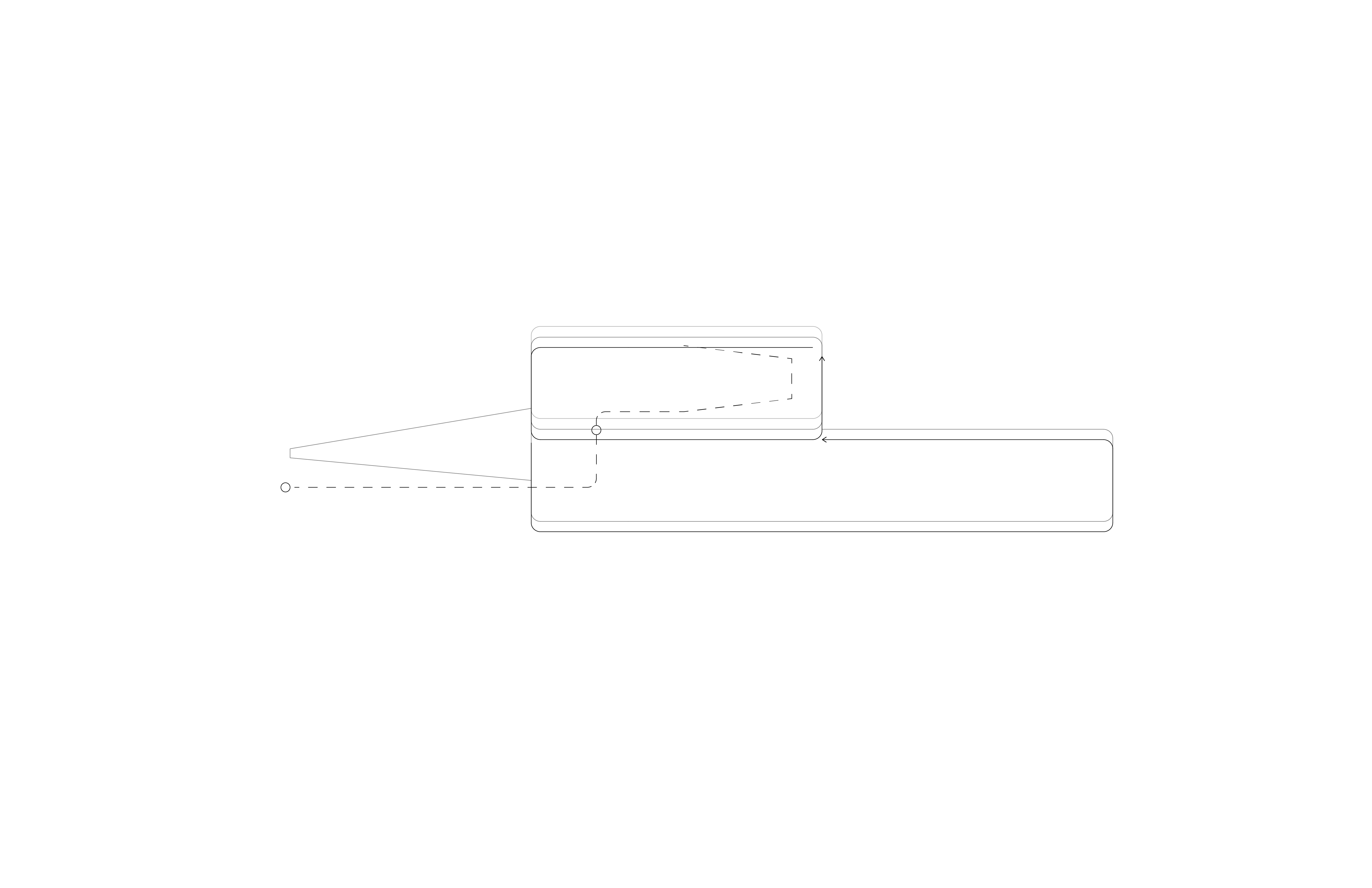 Conceal is not a typical camera technique that would be noticed in most movies. It is the movie director’s choice of using specific camera angles to hide the information in order to create an illusion as needed.

This is an isometric viewed camera space diagram. Camera space is a unique kind of space that independent from original architecture space. It is a space that formed multiple Camera nodes. Camera nodes is a term of phrase I use to position space perception of human beings. Different from the continuous perception of the human eye. Camera nodes execute it interregional. Since camera language has an impact on existing space. Their appearance is supposed to create new dimensions of space. In this diagram, two camera nodes with the first one facing directly to the middle of the front door. Created this triangular camera space restricting the potential traffic flow. The second space remains the same.

Compression is a much more common camera technique that uses to give the existing space a tense and depressing atmosphere. The camera is usually set to an angle that is lower than average height pointing to the center of the space, generating that illusion to confuse the audience.

For the compression translation diagram, there are also two camera nodes. The first one appears at the entry of the hallway and the other one at the corner. Both of them have this tilted angle camera pointing up. Created a tilting and exaggerated camera space. That leads to a traffic flow that has sufficient space at the beginning but narrow and short space at the end. This translated to an architecture with gradually sinking space. 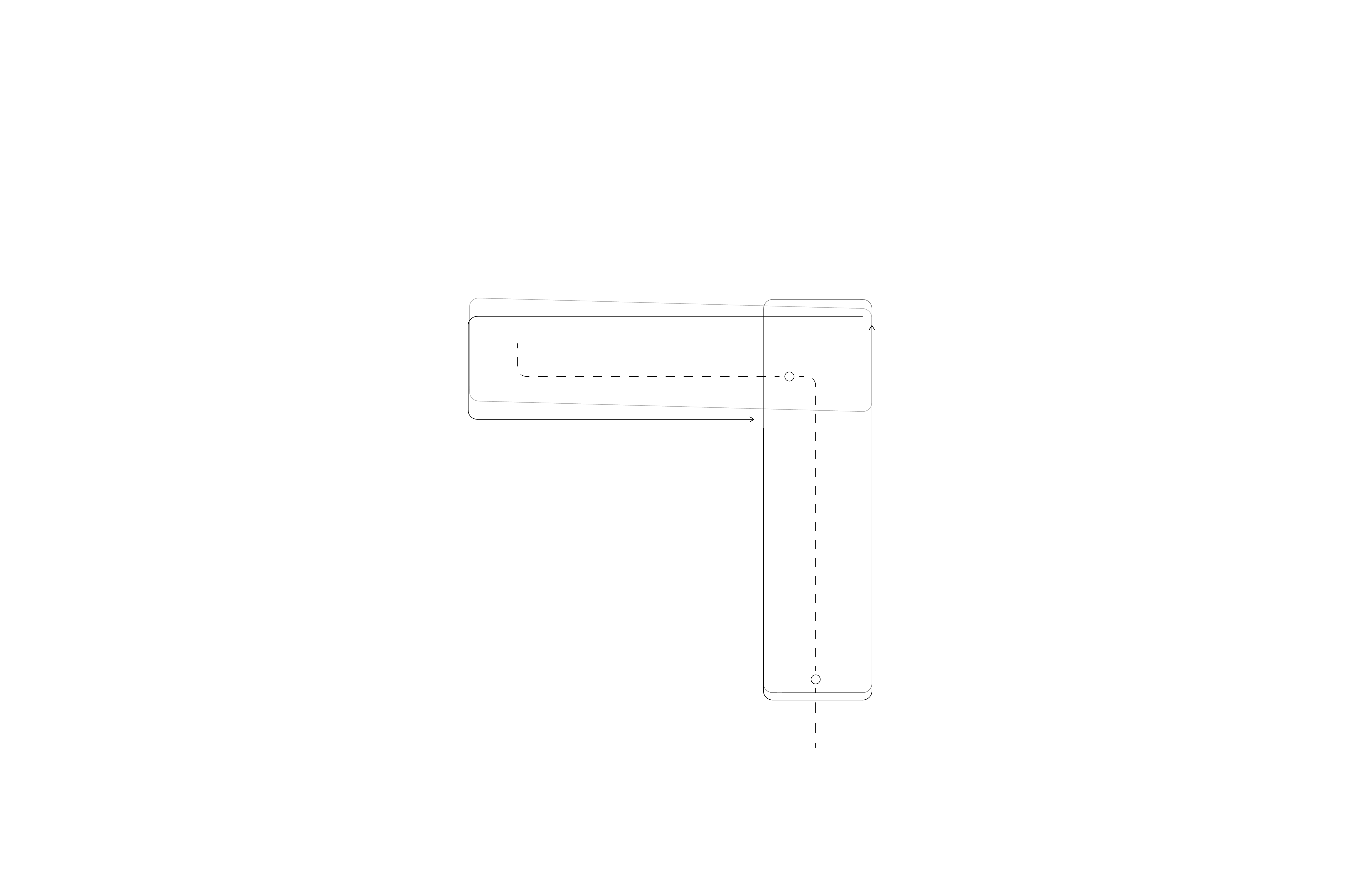 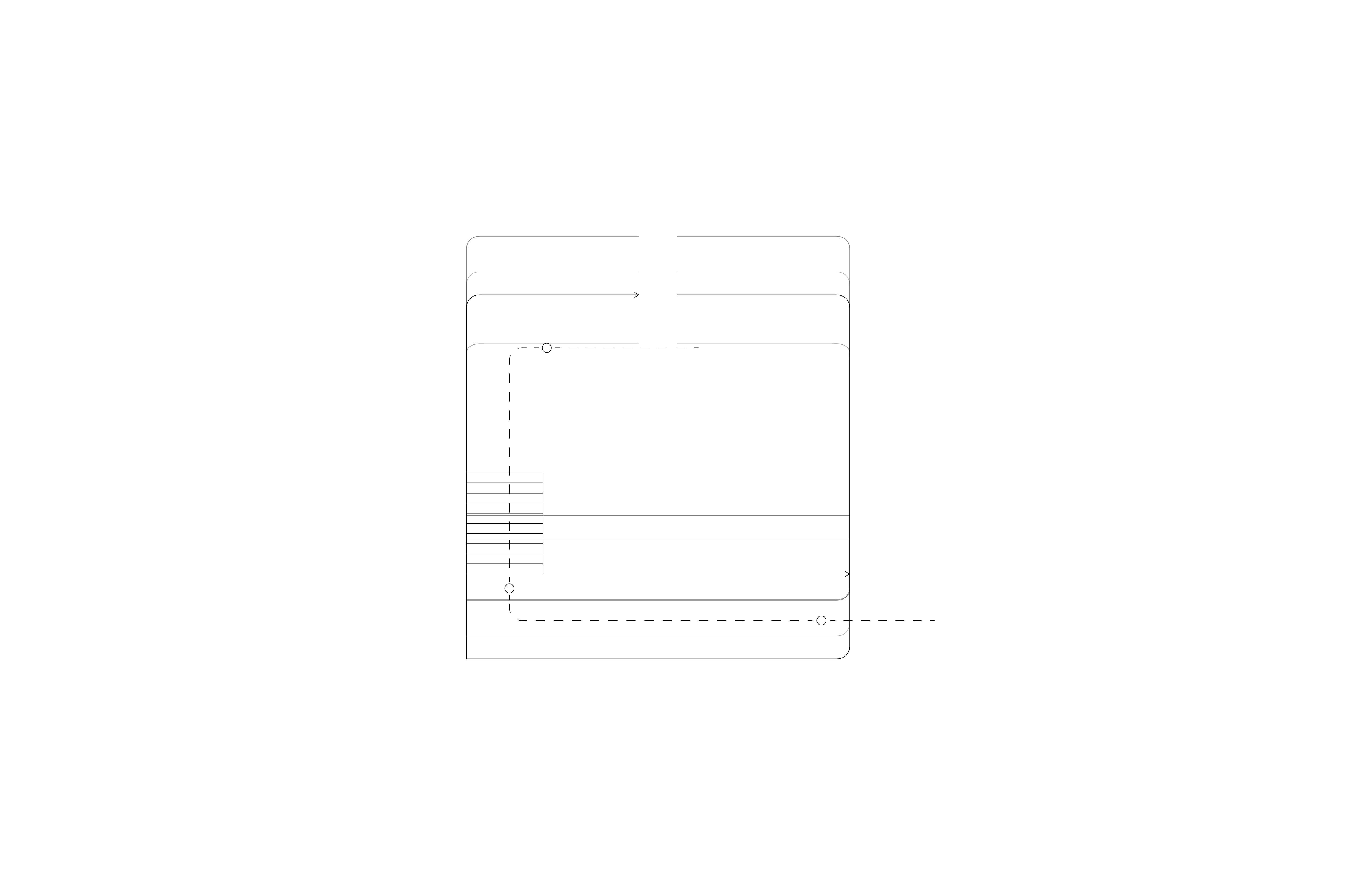 Reference is a camera technique that appears in a lot of movies but we usually ignore it. It uses the misalignment of visual illusion to disrupt our sense of scale.

The Dutch angle is a type of camera shot that involves setting the camera at an angle on its roll axis so that the shot is composed of vertical lines at an angle to the side of the frame, or so that the horizon line of the shot is not parallel with the bottom of the camera frame. In cinematography, the Dutch angle is often used to portray psychological uneasiness or tension in the subject being filmed.

The diagram first describes the spatial relationship of the original space as usual. However, the camera space starts to do something unique. It is clear to see that the two camera spaces are perpendicular to the original space due to the dutch angle technique. These spaces then create a new coordinate system of space in the following diagram, providing a more dimensional way of thinking and approaching architecture space. 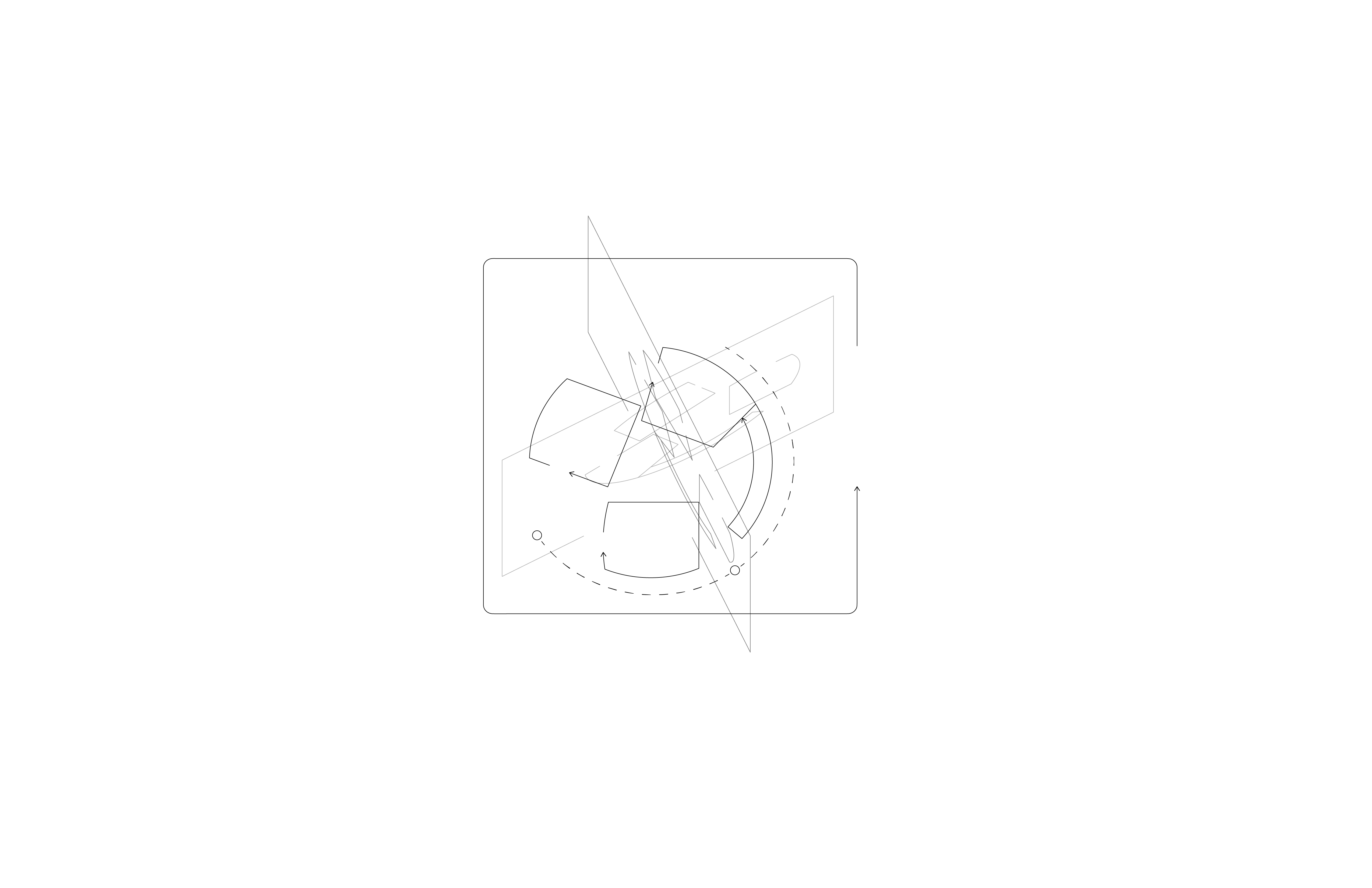 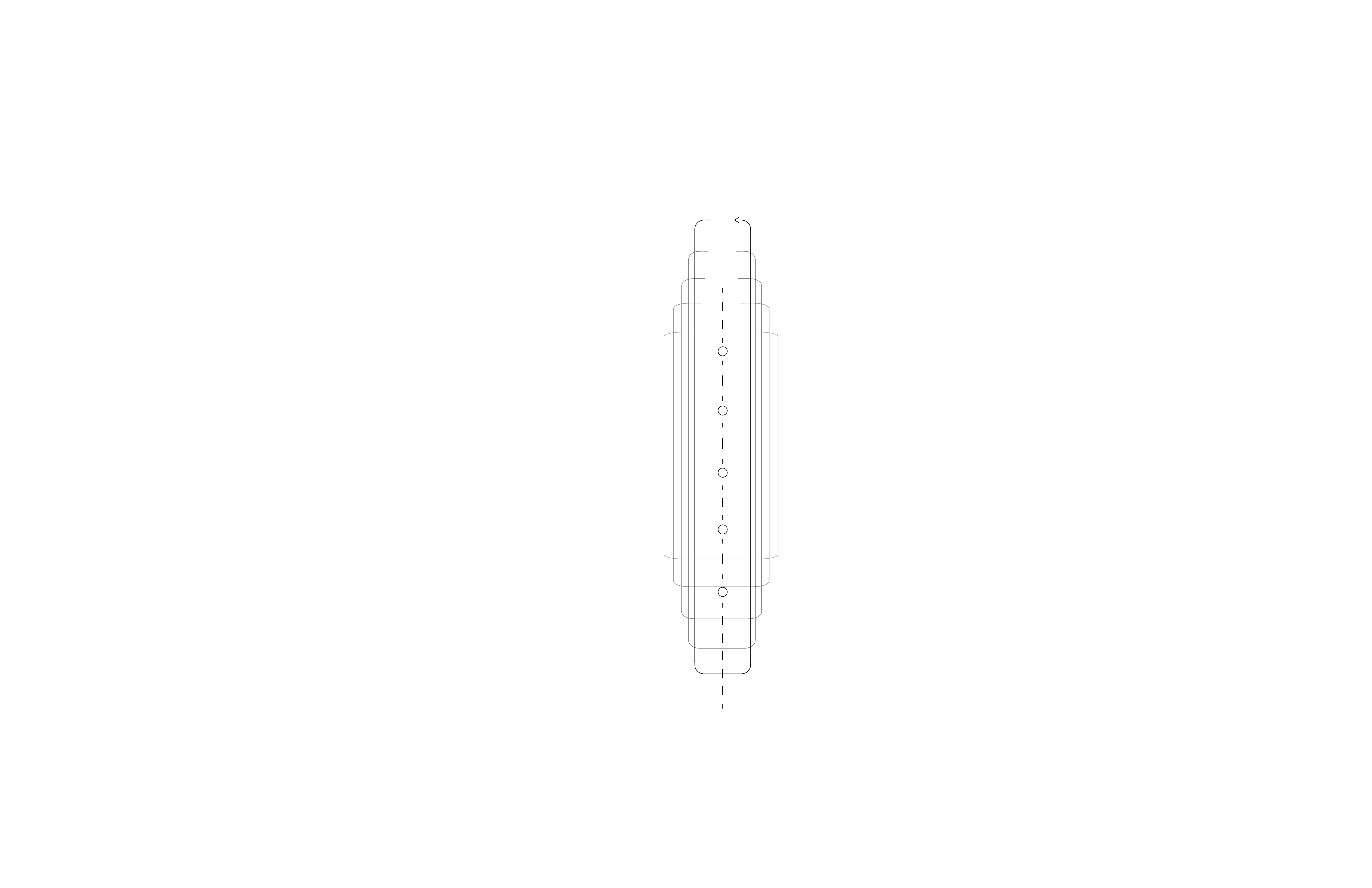 the dolly zoom also referred to as the Vertigo effect or a Zolly shot, is a technique wherein the camera is dollied either forward or backward while the zoom on the lens is pulled in the opposite direction.  When timed correctly, the effect of this technique is one in which the characters in the frame remain the same size while the foreground and background become compressed or decompressed, depending on which direction the camera is traveling, creating a continuous perspective distortion and overwhelming effect.

Different from other techniques, dolly zoom is a continuous action but architecture is not. If we want to translate that into architecture, it should be modified. In this case, the camera nodes are divided into five to mimic that continuous action of the dolly zoom.  Dolly zoom consists of two parts of the action, movement of the camera and zooming of the lens. Camera movement, as usual, can be understood as our movement. Zooming out, on the other hand, is the range of sight we can capture. Together, as the diagram shows is the perception of space under predetermined conditions.  As we walk through the corridor, the third diagram indicates the changes in our perception. The translated Diagram creates this space to feel what the dolly zoom could possibly bring us to.